(2) Narrow buildings next to former rivers

Many of the small houses and buildings in Tokyo have been shaped by the rivers of yesteryear.

Here is one in Setagaya, on a plot of land that bordered the former Kuhonbutsugawa river 九品仏川, or くほんぶつがわ. The river is now the Kuhonbutsu River green road 九品仏川緑道 that runs from the pleasant heart of Jiyugaoka to Midorigaoka. Our house, below, is just meters away from Midorigaoka station (map). 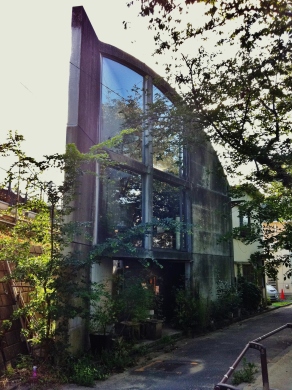 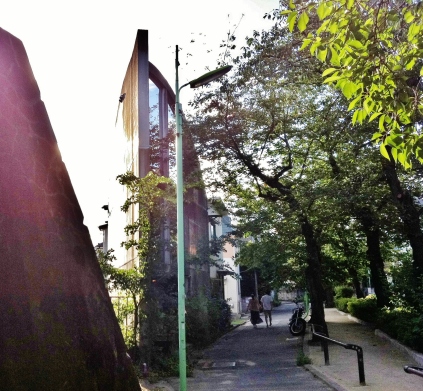 In this map from 1945, we see that the plot of land is a rice paddy or marshy land, bounded by the Kuhonbutsu River and the train tracks. 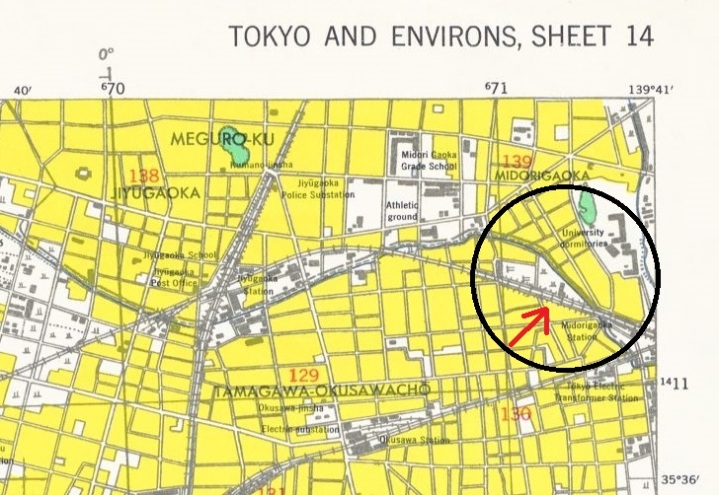 In Egogawa-ku there is a very lovely park comprising a stream and a lines of trees. This narrow house is not as dramatic as the first example, but the geographic conditions are more obvious, as the house is built at the confluence of two former rivers. 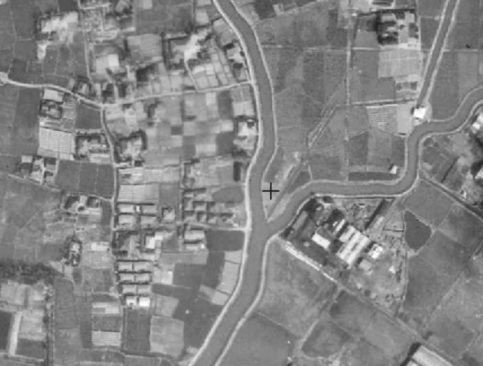 Confluence of two rivers in Edogawa-ku, Tokyo in 1945; site of a narrow house. 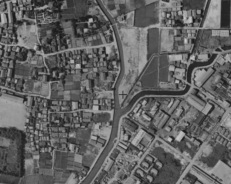 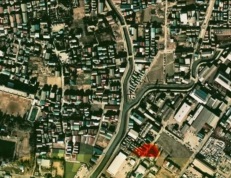 A very narrow building in Ota-ku, near Chidoricho Station, on the edge of a former irrigation canal. 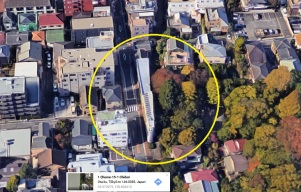 Narrow building next to a former river in Ota-ku Tokyo, aerial photo.

This building (map), southeast of Oimachi Station, is located on the former banks of the Tachiaigawa river.

Narrow building next to a former river in Oimachi, Tokyo.

Narrow building next to a former river in Oimachi, Tokyo.

This is a celebrated house in the Horinouchi 堀ノ内 district of Setagaya-ku, Tokyo by:

Not very big in Japan! Tiny house no wider than parking space goes on sale in Tokyohttps://t.co/dScHBnBc87 pic.twitter.com/ANyeD12y1f 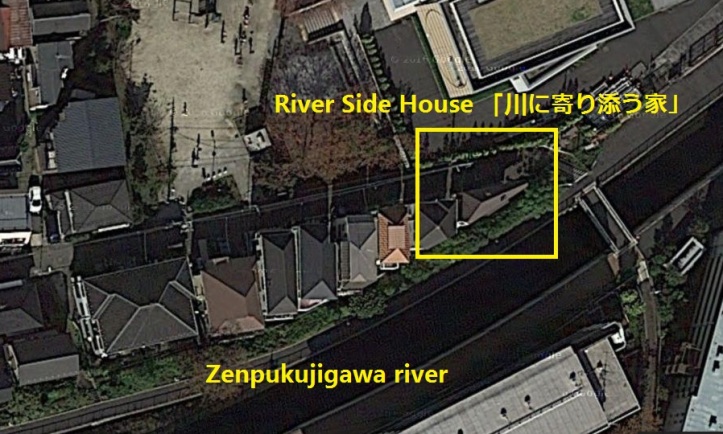 Noted in the following: 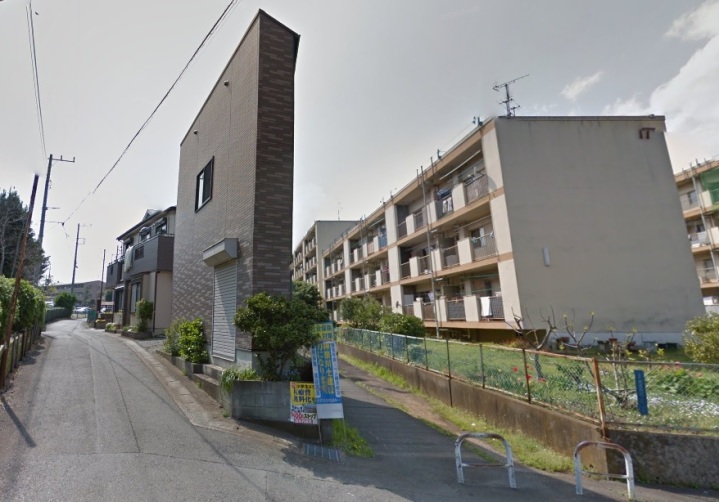 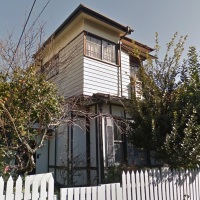 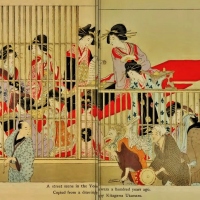 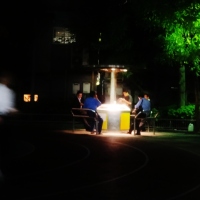 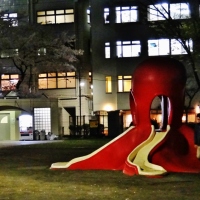 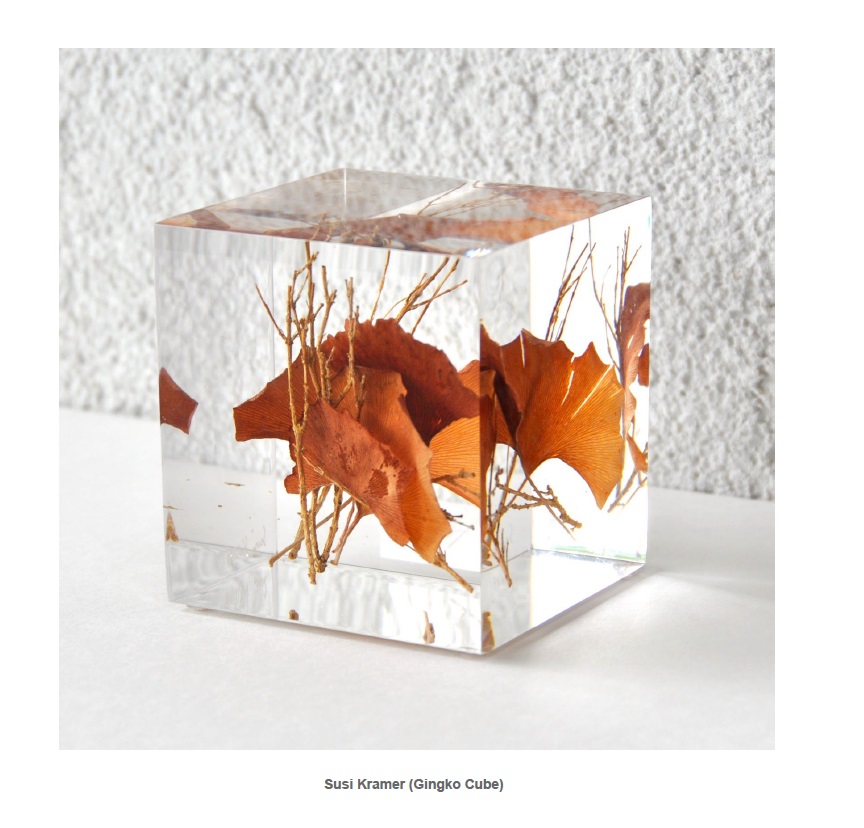 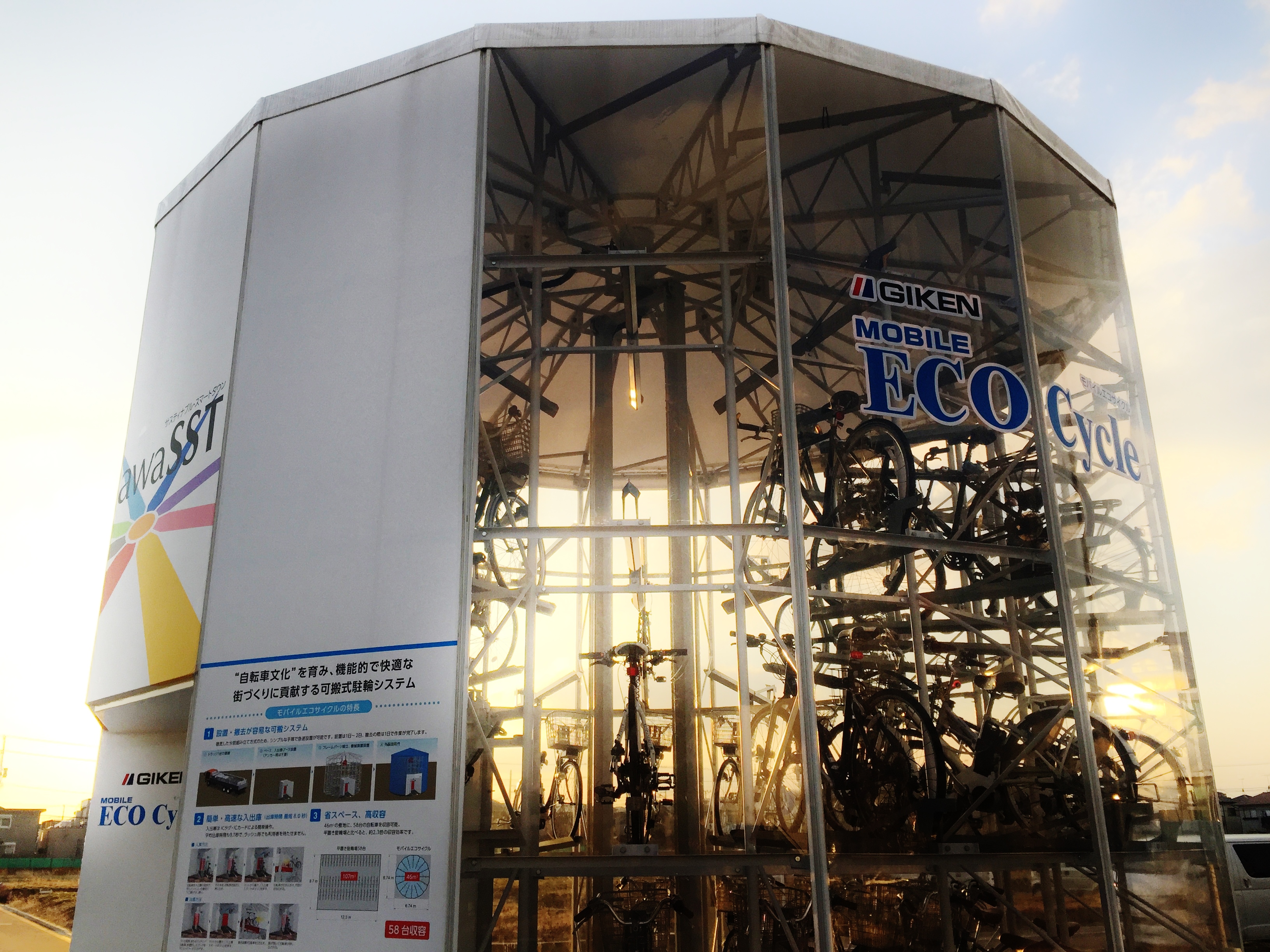 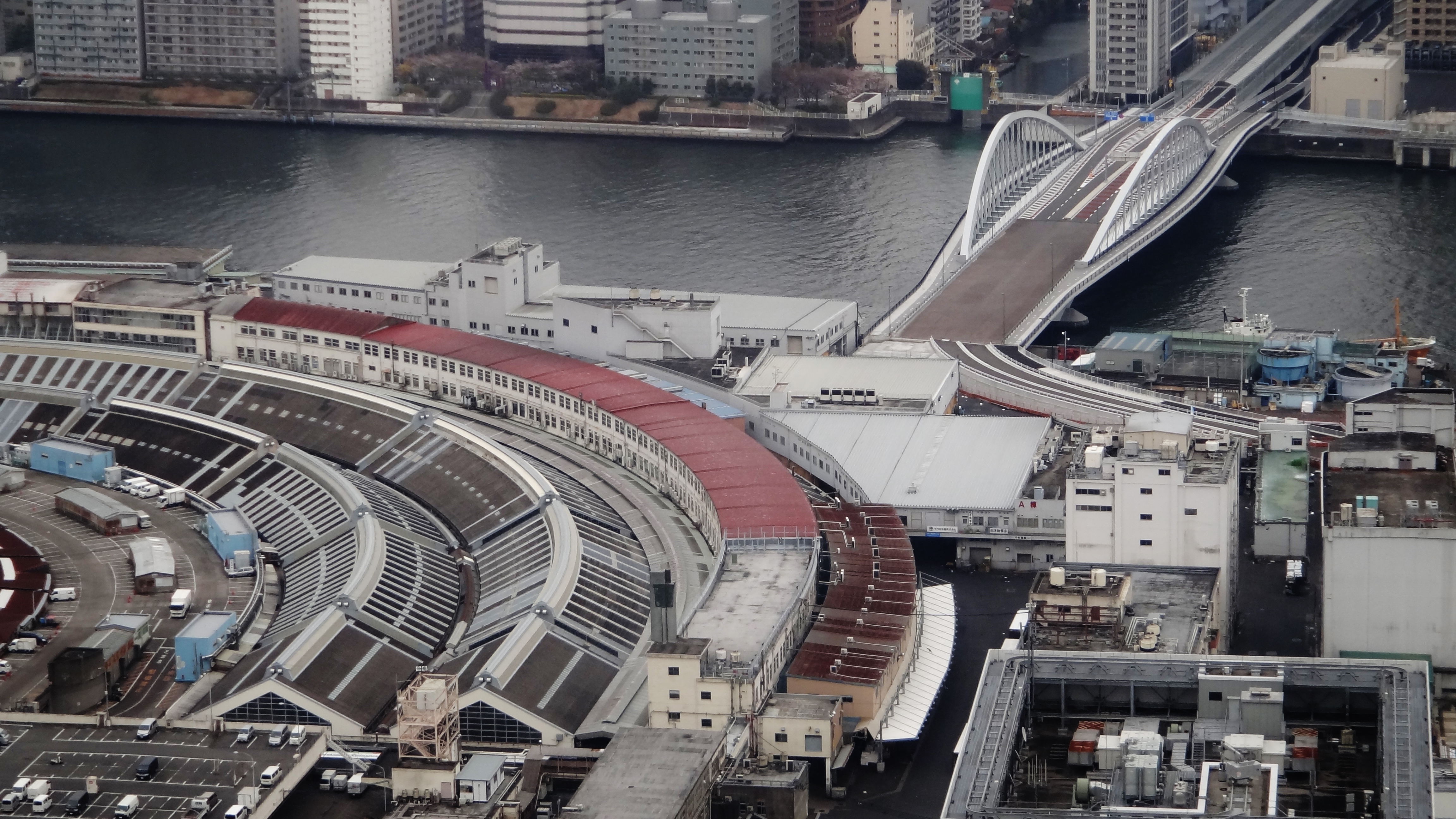 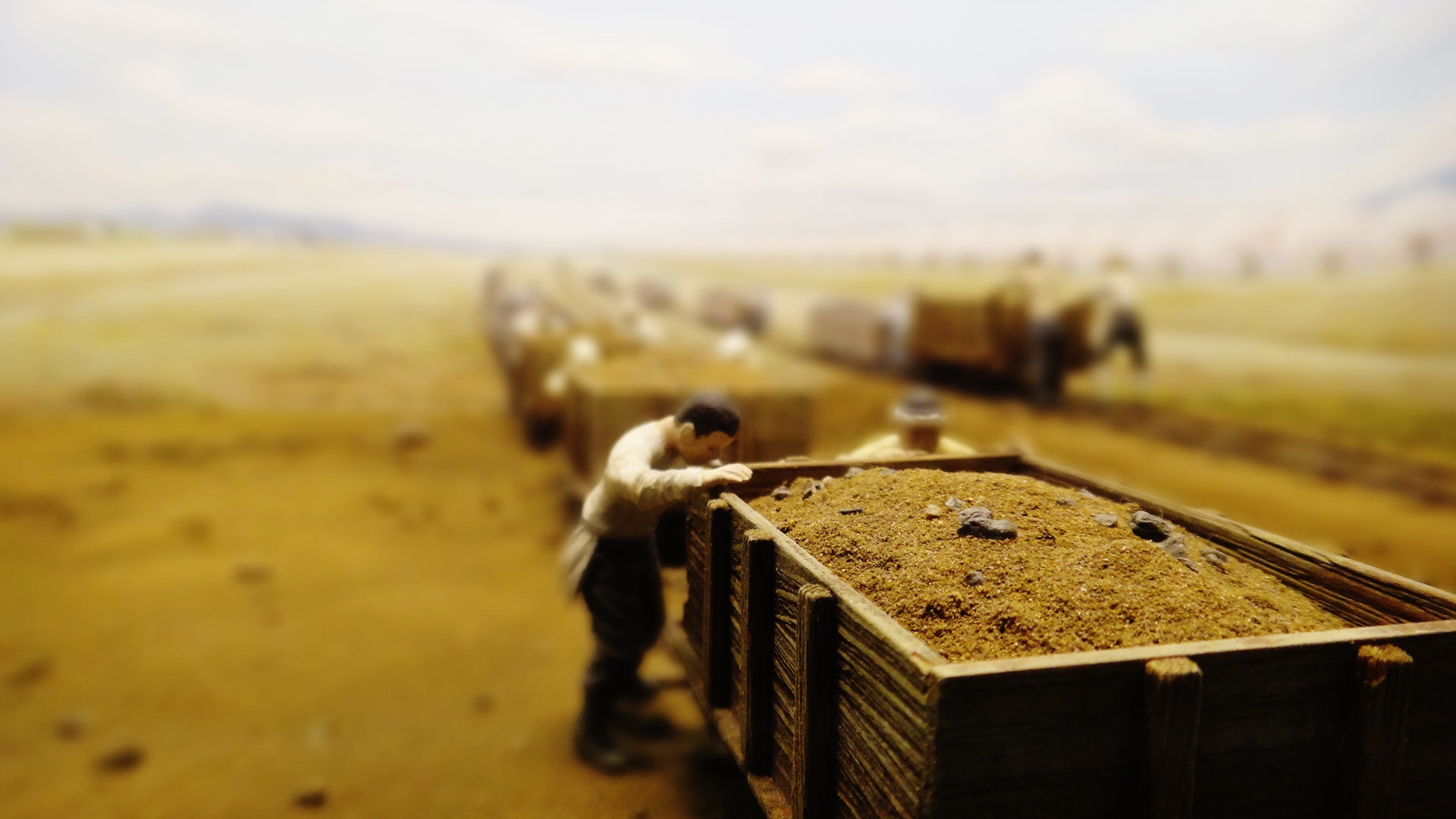